“Why beans? You have the miraculous gift of water and you put beans in it?”

“The only motivation we need to wake up is escaping the laser ants.”

“Yeah, they come at 4:30 in the morning and destroy everything.”

“It’s a machine that wakes us up. It makes loud noises.”

“The laser ants do that too. Also, the children screaming… you should really be glad the process is automated.”

“I wish there was something we could do in the past for you.”

“There is. Live every day like it’s your last. And avoid promises from experimental humans promising ant-like powers.”

“Why would anyone want ant powers?”

“They don’t look it, but they can really dig trenches between the U.S. and Mexico. Or as we know them, McWasteland and the Smoking Sombrero Heap.”

“We don’t have racism in the future.”

“Yeah, we’ve been charred beyond all recognition. I kind of miss it.”

“Does it require annual tribute in sugar cubes?”

“Of course not. They take green paper.” 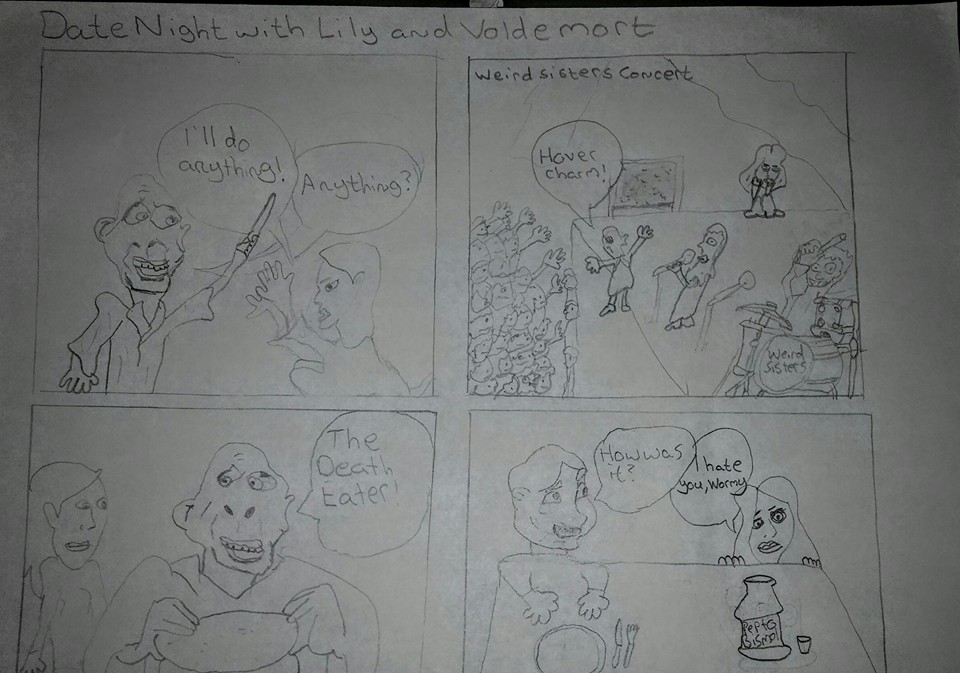 Since everyone is doing it, I thought it right to detail my plans for the end of society. What’s that? Of course, it’s vogue. If there’s one thing it’s Ben Ditmars knows, it’s what’s vogue. And if there are two things I know, it’s probably how off-putting third-person portrayals can be. Regardless, in the events that follow, I will have a full-proof survival strategy: unless Pet Rocks arrive from the ’80s with revenge in their hearts.

2015 has all but come and gone. Let’s take a look at some of the headlines that made it happen:

10. Adele is the Oprah of music.  (I see the Adele Network in her future.)

9. Gwen Stefani realized for the first time since she hated me that she used to love me. (Because Used to Love You has Ben Ditmars written all over it.)

8. Secure servers do not refer to beach volleyball. Politicians should not shout their personal information across the court while playing. (Yes. That means you, Hillary.)

7. ISIS is a terrorist organization. The CIA suspects its supporters enjoy Faygo and responding to, “whoop, whoop” calls. Please report any and all insane clown activities.

4. The Force Awakens… as do Furries with a Wookie fetish.

1. Clemson coach Swinney refuses comment on demon butcher accusations. (But we all know he served more than pizza to the fans.)

I published two short plays last year involving wannabe outlaws Vince and Thrash. They usually try to break the law and become infamous in the process.  It never quite works out and last time we saw them they were arrested for domestic disturbance. This is the next chapter in their saga: Prison Pact.

SETTING
County jail cell with a bed and toilet.

(VINCE sits on the toilet holding a Pogo stick.)

VINCE: We’ve done it now, Thrash. It’s the Green Mile for us.

POLICEMAN: You’re not in prison. It’s a jail cell.

THRASH: Do you think we get a last meal?

VINCE: Hopefully, it’s something sweet like the outside air.

THRASH: The sweet air of freedom. Heavenly, ain’t it boss?

POLICEMAN: You’ve been in here less than an hour for domestic disturbance.

VINCE: But it feels like years weighed heavy on my soul.

POLICEMAN: Where on earth did you get a harmonica? I searched you before you went in.

VINCE: It’s just something us lifers take to.

VINCE: Do you think we should join the Aryan nation? Or convert to Islam?

THRASH: I don’t know. We could ask that gentleman on the bed.

VINCE: He looks deep in contemplation.

POLICEMAN: He was arrested for drunk driving. He’s passed out drunk.

VINCE: Or he’s slowly using a rock hammer to bust out.

POLICEMAN: By the time he wakes up, he’ll want to use a hammer on his own head.

THRASH: I think we could bust out.

VINCE: It could work. We didn’t make it as famous artists or murderers.

THRASH: Unless, you count that squirrel.

VINCE: We will send his mother acorns after we break out.

THRASH: But, how? The bastille is impenetrable.

VINCE: I learned some tricks watching Mythbusters. We casually ask the guard for some salsa and BAM! In five to twelve years, we’re through the wall.

POLICEMAN: I can hear you plotting. Perhaps you could talk quieter?

THRASH: No thank you. We want this breakout to be infamous.

VINCE: You’ll have the honor of telling our story.

Maybe I should check on you two.

(Policeman approaches to find two mannequins and an empty jar of salsa.)

You’re breaking up with me!? I just killed friggin’ Voldemort!  Remember that?  Peeves sang Voldy’s gone moldy, and everyone hugged.  It was like the best moment ever and we totally shared it, dude.  The only thing missing were ewoks, but I could have conjured those too, because I’m the Elder Wand.  See what you’re missing?  You ain’t never had a friend like me…. Please don’t put me back in the grave.  It’s creepy.  I can change.  I didn’t even kill anyone the last time I switched owners.  Psychologists call that personal growth.  And it was all you, buddy.  Why don’t you sleep on it?  It’s not like anyone knows you have the most powerful wand in the world.  Except for the entire castle and soon-to-be convicted criminals you told.  But, hey, why sleep when I can turn pincushions into penguins?  It won’t even be hard.  You just say pincushion, penguin and it’s there, babe.  Let’s go for a magic carpet ride and sing Aladdin songs.  I can totally make Disney movies come to life.  It’s true.  You don’t like how Bambi’s mom died?  Boom.  She’s alive again.  Maybe you want to see Finding Dory a couple years early? Hey, I’ll summon a Tardis.  There’s nothing we can’t do.   Unless you want to cure hiccups.  I mean, I can try, but you’ve still got to hold your breath or get scared.

9.) Home of the Only State Pennant Flag.

8.) We Get Points for the Pennant Flag, Right?

7.) How Cool is a River on Fire!? Less Cool than the Pollution that Caused It?

6.) Birthplace of Aviation. You Can Run to Kitty Hawk But We Still Own Your Souls, Wright Brothers. Muahaha

5.) Did I Mention the Pennant Flag?

4.) Ohio Derives from the Word “good river” Because It Never Got Better.

2.) Don’t Feed the Browns Fans. It Gives them False Hope.

1.) Feel Free to Say “What in Carnation” and Feel Clever. It’s Our State Flower.

Something has always bothered me about Voldemort’s horcruxes in Harry Potter, apart from the murder. The books seemed to allude that Voldemort split his soul into eight equal parts. Maybe souls don’t follow the same laws of nature as everything else, but it would seem to me that if you split your soul in half, you would only maintain one-half. And if you split that half again, you would retain one-fourth and so-on and so-forth. Thus, the potency of horcruxes created should be less, which seems to almost ring true if you look at the level of defenses they provided. The diary put up a far larger fight than the cup or diadem. It’s almost as if the ones he created earlier had greater ability to feel. Anyway, that’s my two sickles and a knut. I’ll leave you with some math as a caution against creating your own horcruxes.

Harry Potter has been translated into 67 different languages. It isn’t a stretch to imagine that some of the people speaking these languages do not all like the West or America very much. It might be economic imperialism, regular imperialism, or the twice-a-day drone strikes that turn them off. I can’t be sure. Through my worldly connections however I have come across direct translations for the titles in: Urdu, Persian (Iranian), Russian, North Korean, Vietnamese, Ukranian, and Navajo Indian.

1.) Harry Potter and the Philosophers that Weep for America

2.) Harry Potter and the Chamber of the White Devil

4.) Harry Potter and the Goblet of Unfair Trade Agreements

5.) Harry Potter and the Order at McDonalds That Expands Your Waistline and the American Hegemon